A pair of bipartisan bills in Congress aim to lower the swipe fees, also known as interchange fees, that retailers pay every time a customer makes a purchase with their card. The effort is backed by retail giants including Walmart, (WMT) Target (TGT), and Kroger (KR), as well as convenience stores and independent grocers.
“Swipe fees for credit cards are higher in the United States than anywhere else in the industrialized world — more than seven times as high as Europe,” a coalition of businesses wrote in a letter to lawmakers last week. “They are an inflation multiplier.” 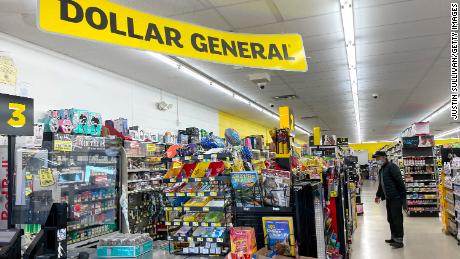 Interchange fees are applied via a complex system, and the charges vary by merchant, transaction size, the type of card used and the banking institution, among other factors. Merchants paid about $138 billion in processing fees last year, according to the Nilson Report, a publication covering the payment industry.

These fees usually run between 1% and 3% of a transaction’s final price, and stores often pass them on to customers in the form of higher prices.

Visa (V) and Mastercard (MA) dominate more than 80% of the US credit card market. In July, US Sens. Dick Durbin of Illinois and Roger Marshall of Kansas introduced legislation that would allow businesses to route many payments to alternate networks not run by Visa or Mastercard. This week, US Reps. Peter Welch of Vermont and Lance Gooden of Texas proposed a similar measure.
Proponents of these bills say they would generate more competition in the credit card network market and break Visa and Mastercard’s hold over the industry.

“Credit card swipe fees inflate the prices that consumers pay for groceries and gas,” Durbin said in July. “Bringing real competition to credit card networks will help reduce swipe fees and hold down costs for Main Street merchants and their customers.”
Visa and Mastercard say the fees help fund rewards programs and banking services and help lower risks for merchants by guaranteeing payment regardless of fraud or whether the customer pays their credit card bill.
Credit card companies say the legislation would not lower prices for consumers and would instead lead to unintended consequences such as fewer rewards, less access to credit and risks to data security.
“This legislation would again boost retailers’ bottom lines at the expense of everyday Americans — stripping them of their credit card rewards and usurping their choice of network,” said Jeff Tassey, chairman of the Electronic Payments Coalition, which represents card issuers and networks.

Additionally, there are concerns that credit cards could become more expensive and less attainable for some consumers.
Some credit unions that serve under-banked communities are concerned the legislation could limit customers’ access to credit, said Deshundra Jefferson, a spokesperson for the Credit Union National Association.
Source: Read Full Article