Martin Roberts visited Wolverhampton in a recent episode of Homes Under the Hammer, to view a large semi-detached home in need of renovation. He said: “Well, on this very busy main road just outside Wolverhampton is the property I’m here to see. It is a four-bedroom semi-detached.” The house, which was situated on a corner plot, had a guide price of £50,000 plus.

Upon entering, Martin took a look around the home. He said: “It is worth saying before we go too much further, the guide price should reflect realistically what is expected to be achieved at the auction.

“Sometimes that’s not always the case so you do need to do your own research.”

The downstairs of the home had a large entranceway with a small cupboard under the stairs, which Martin said could be turned into a toilet.

Stepping into the front living room, viewers could see it featured a bay window. The Homes Under the Hammer presenter added: “The house is really, really big. What a surprise. 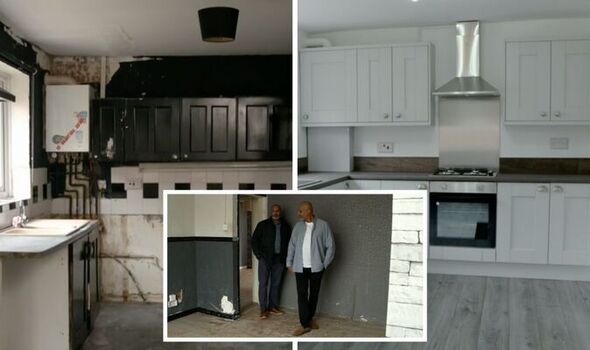 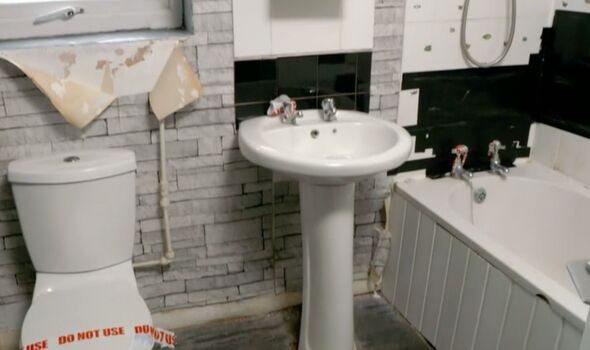 “You come through there into the main living room and you’ve got those lovely windows at the end there looking out onto the garden.

“That’s almost sort of mirrored on this side by the kitchen, which yes, it’s in a bit of a state, as you can see. But wow. I mean, really nice, easily enough space for a dining table.”

The kitchen needed new units as well as new appliances, but it also had a nice view onto the back garden.

On the first floor, there were three bedrooms, all a good size. Martin said: “There is a bathroom here where you’d want it to be. It needs a lot of refurbishment but at least it’s in the right place.

Up the second flight of stairs to the attic was the fourth bedroom which Martin said added more appeal to an already appealing home.

So who purchased the four-bedroom Wolverhampton house when it went to auction? The lucky buyers were identical twins Rana and Giggs, who paid more than three times the guide price, purchasing the home for £186,000.

Martin met the homeowners back at the property to find out their plans. Giggs said: “[This house] is local to us, so we know the area quite well.

“This house was the best one we’ve seen in all of them, it’s quite roomy.” The work the twins will be doing included a total refurbishment including a new bathroom and kitchen as well as new windows. 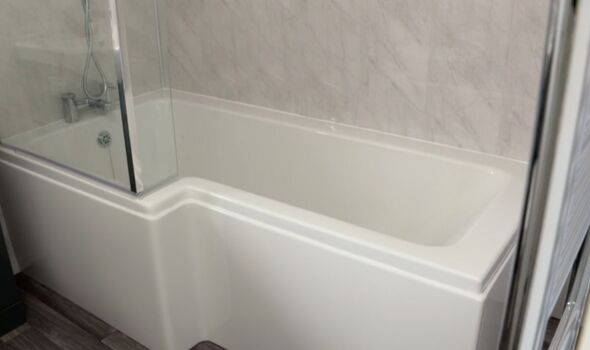 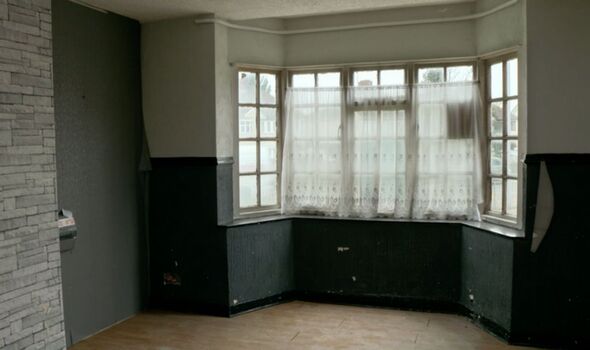 The house also needed re-plastering and the garden was heavily overgrown. Thankfully, both Rana and Giggs said they were very “hands-on” and would do most of the work themselves.

Homes Under the Hammer revisited the twins four months later to see the final project.

Martin said: “The entire house has been treated to new double-glazed windows, and the garden and driveway have been tidied up, with the addition of a new fence. 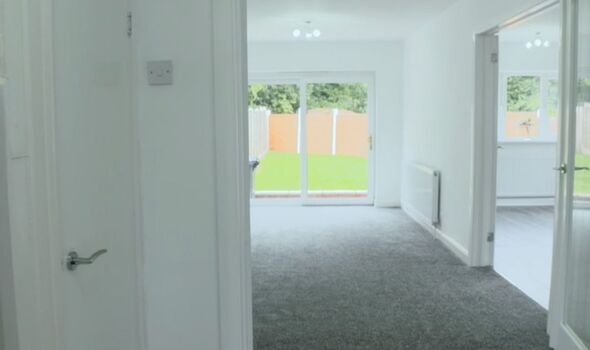 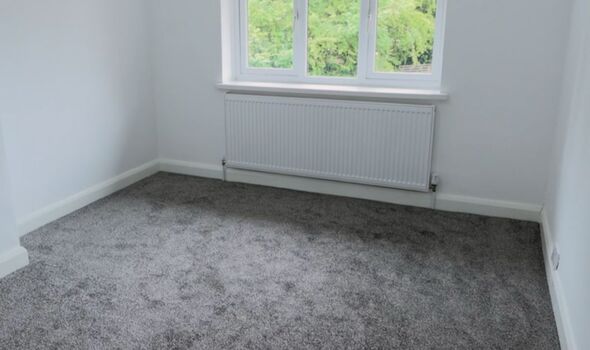 “Inside has been decorated in a neutral grey and white palette. The front room is looking a little smaller. That’s because some space has been pinched to make a very handy downstairs WC.”

The new kitchen had benefited from new fixtures and fittings, including a new stylish grey floor. The bathroom upstairs also had the same grey flooring and a brand new suite.

All four bedrooms have received the same treatment including new carpet, paint, lighting and doors.

In the end, the twins ended up spending slightly under £28,000, so above their budget. The twins said this was because they went for a high-spec kitchen instead.

A local estate agent visited the home in July 2022 to find out how much they could see the home for.

The expert said: “It’s a really good transformation. The actual finish, skirting boards and everything, all looks fine. They’ve taken their time…It is a really nice house now.

However, the brother’s thought that was low and had already had valuations above £300,000.

Taking a valuation of £300,000 means the twins have managed to increase the property’s value by a huge £114,000. They hope to sell the home as soon as they can.