On this week’s episode of Grand Designs, Kevin McCloud visited a remote smallholding in Derbyshire where he followed the journey of Mike and Sarah. The couple had lived nearby in the city of Derby for eight years, though they purchased the 18.5-acre piece of land just three years ago. Both had elderly parents who needed more care and had planned to build a historical longhouse-style building to accommodate them full-time.

The couple already used the land for their sheep, with Sarah, a former pharmacist now a full-time shepherdess. Mike was still working as a managing director for a tech company at the time of building.

They purchased the land for £250,000 and budgeted £945,000 to build the 500-square-meter home on-site. However, the £1.2million budget quickly rose by £55,000 to accommodate the cost of buying 45 tonnes of steel to support the “exceptional” longhouse designed for multigenerational living.

The enormous L-shaped home was mostly set across one floor, with living quarters upstairs to accommodate Mike and Sarah, plus space for their two adult daughters to stay over.

An open-air walkway was also included upstairs to enjoy the views of “beautiful undulating hill and pastures”. 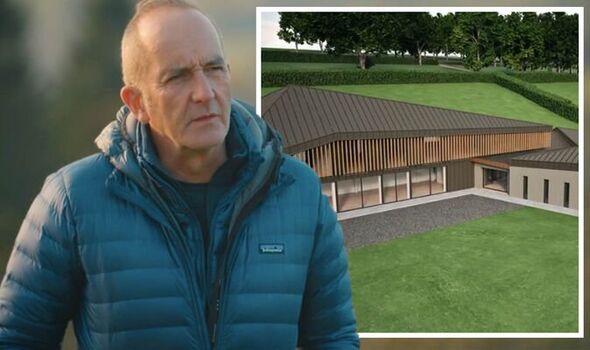 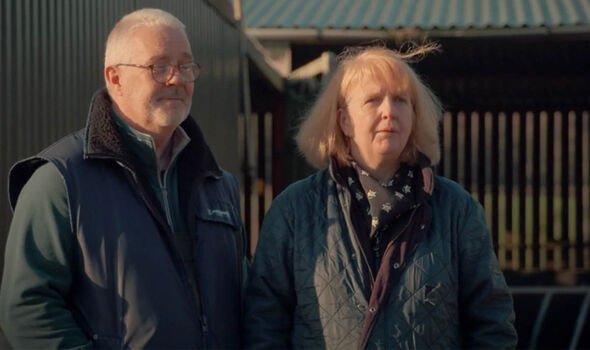 Before completing the build, one of the main design features was an independent living wing for Sarah’s mum Slyvia and a separate space for Mike’s parents, Jean and Robin.

However, the couple’s plans were quickly criticised by viewers after Mark’s parents made a shocking revelation to Kevin.

The pair, who lived in Stratford at the time, revealed that they had no intention of moving into the property when it was finally finished.

Kevin said: “This project is meant to be about multigenerational living, family living together under one roof, but Robin and Jean have no intention of moving in.

“If that’s the case, well then if it is just going to be Sarah and Mike, and Sarah’s mum, well it’s not exactly a resounding success is it?”

Viewers took to Twitter to comment on their honest decision which also “concerned” presenter, Kevin McCloud, who struggled to see the purpose of the multi-generational design.

One viewer who goes by @katrinanavickas on Twitter said: “TOLD YOU. They don’t want to move from a flat town to a hill in the middle of the country.”

Twitter user @OsloMatt also wrote: “Wisdom of the wise tonight. They might be old but the parents aren’t for delusion!”

While viewers and Kevin alike were shocked by the couple’s plans to continue with the family-inspired build, despite the elderly parents’ revelations, the pair pushed on with the extravagant project. 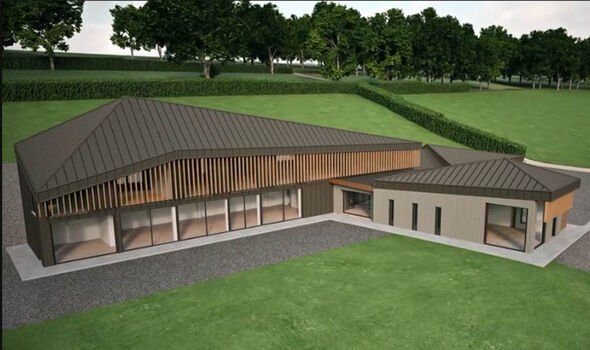 Later on in the episode, the original plans to host their parents were put to rights following a sad announcement from Mike.

He revealed that during the build, his father had died of a short illness, prompting a “change of heart” from his widowed mother, Jean.

The announcement quickly sparked a response from viewers too, with one user who goes by the name @whatsarahsays84 on Twitter posting: “Love the idea of them building a home for their families. So sad his dad died before seeing the final product. Although was very disappointed with their bedroom view. Wouldn’t have allowed his mum to comment on camera about that!” 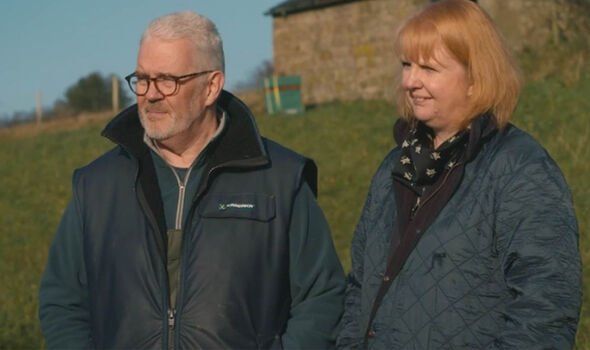 Once the property was finally completed, both Sylvia and Jean were spotted happily living in their own private living quarter in the enormous longhouse.

The property had wide, open-plan living areas for all the family to enjoy while each having their own space.

One of Mike and Sarah’s daughters had also decided to permanently move into the remote home to help care for her two grandmothers while saving up for a property of her own.

In the end, the elderly parents seemed very happy in the huge dwelling on the 18.5-acre site, prompting viewers to share their well-wishes after watching the sad episode.

One user who goes by the name of @clivec71 said: “I hope jean has plenty of happy years in that huge house!!”