Homes Under the Hammer: Amazing house transformation in Surrey

On an episode of Homes Under the Hammer, Tommy Walsh visited a “pioneering property” in Blackheath, South London. The estate Tommy was in consisted of contemporary flats built in the 1950s. The property had two bedrooms and a guide price of £385,000 at auction.

The 1950s estate was built by a company founded by George Townsend and architect Eric Lyons.

The flat appeared as though it could be renovated easily. It has a spacious, modern kitchen with a big double sink.

The living area was spacious with lots of natural light from large windows.

Outside, there were views of the other flats but also mature trees and planting, making it feel as though “you’re at one with nature”. 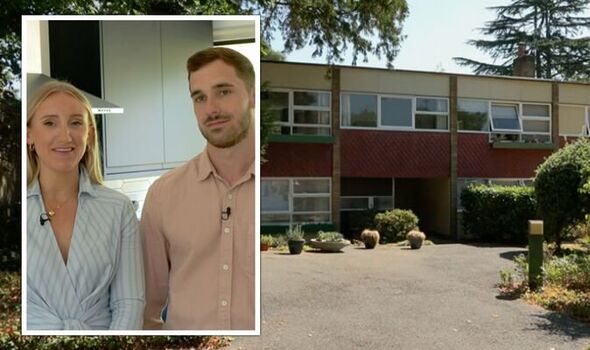 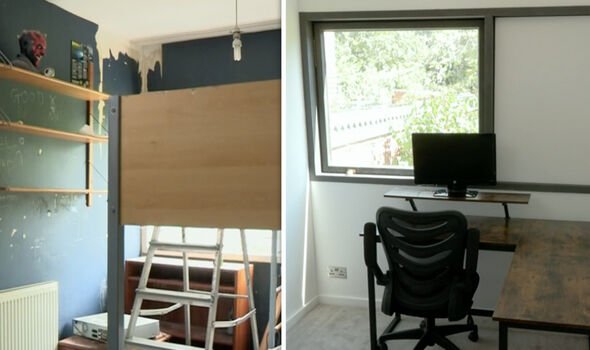 The successful bidders were Patrick and Sorsha who purchased the property for a whopping £445,000 at auction.

The couple’s interest in these properties spanned generations. Sorsha said: “My parents are architects so they are quite familiar with the architect who created and designed these flats.

“We’ve lived in them previously, a different community, before. So when this came up for auction, we came and looked around and were really impressed considering our budget and considering other properties we’d seen in London. We got a lot for our money.”

Sorsha and Patrick were going to make this flat their home with the plan to modernise and renovate while living in it.

Homes Under the Hammer returned just over a year later to check on the couple’s progress.

No work was done on the outside but the inside was completely ripped out.

The two bedrooms are now used as a bedroom and an office. The bathroom was ripped out and replaced with a contemporary, new one.

The living/kitchen area is where the biggest changes have happened. The partition wall was safely removed by professionals to get rid of the asbestos in the property and make better use of the living space.

The extra room that sat adjacent to the living room has now become a snug.

Unable to install double glazing due to the restrictions forbidding alterations to the outside of the building, they have refurbished the existing windows by giving them a lick of paint that ties in with the sleek aesthetic of the flat. 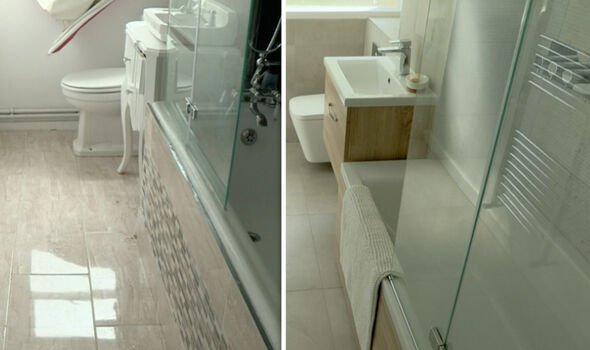 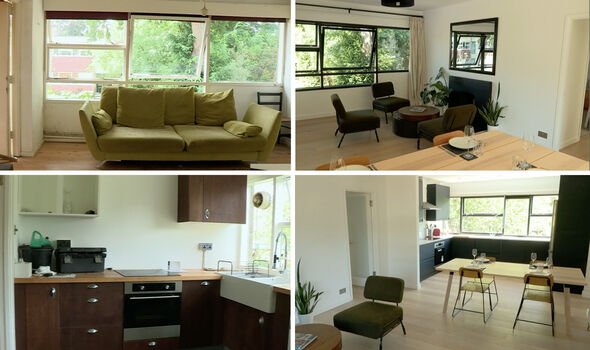 The estate the flat is a part of comes with a variety of restrictions to ensure the appearance and character of the estate is preserved.

The couple received lots of help from their families to build the property.

They decided to put more money into the kitchen and bathroom because they wanted a high-spec finish. The couple’s total investment was £485,000. 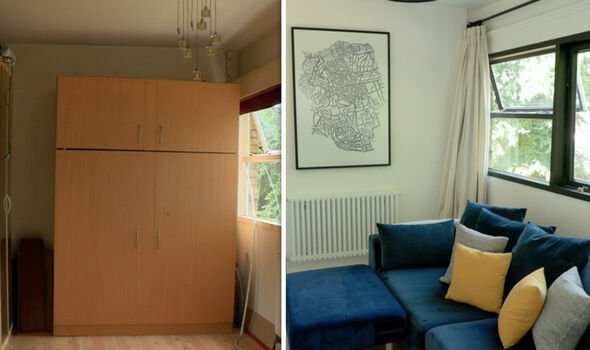 In August this year, a local estate came to value the property. The agent said the property is a “lovely place” to be.

There are covenants in place which means the flat can never be rented out.

Homes Under the Hammer is available to stream on BBC iPlayer.