Ten years ago, actor Sean Hayes and playwright David Adjmi were working together to develop a play based on the life of Oscar Levant, the actor, pianist and notorious wit of Hollywood’s Golden Age. Now Hayes is preparing to bring Good Night, Oscar to Broadway next spring. The play is written by Doug Wright.

Exactly how, why and when Hayes and Adjmi split up their partnership on the project is being disputed by both sides in an unusually public way. Adjmi wrote a long Facebook post detailing his perspective earlier this week, as publicity for Good Night, Oscar is just beginning to emerge. Theater twitter took note, as did The New York Times.

In response, Hayes, Wright and their producer Beth Williams have released their own extensive statement, obtained by Deadline. The two accounts of exactly how Levant came into Hayes’ life are notably different.

Adjmi, perhaps best known as the author of 3C, a popular 2012 Off Broadway comedy that outrageously parodied the classic sitcom Three’s Company, met Hayes that same year – on that they both agree. But Adjmi says he was approached by the actor to write an autobiographical play focusing on Hayes’ mother. When the playwright didn’t “respond to the material,” Adjmi says, “Sean said he wanted to work with me and suggested we brainstorm other ideas.”

“After a series of conversations I pitched an idea to write a play about Oscar Levant,” Adjmi wrote on Facebook. “Sean said no. He did not want to play Oscar Levant, did not want to do a period play, or do anything involving music. Over emails (which I still have) I eventually convinced him to do it. He relented, he said, because of my ‘passion for the material.’”

Hayes has a different take. In the statement released by the Good Night, Oscar production, Hayes dates his interest in Levant back to 2009, when he commissioned a photo of himself dressed as Levant in an effort to win an audition to play the character in a George Gershwin biopic then being developed (it was never produced).

The following year, says Hayes, after working on the 2010 Broadway revival of Promises, Promises with producer Williams, the two discussed “a project around Mr. Hayes’ long-held interest in Oscar Levant’s story.” They chose, they say, Adjmi from a list of writers to develop a script in 2012.

Both agree that work on the script proceeded for about two years. According to Adjmi, producer Williams, who had commissioned him to write the draft, then asked for changes “that would lighten the material.”

“Beth said she wanted Grey Gardens The Musical, not Grey Gardens the movie,” Adjmi wrote, comparing the somewhat lighter musical take on the famously fascinating if disturbing documentary about two eccentric shut-ins. “I refused to make her changes. In turn, she told my (then) agent she would give me a sum of money to bury my play for five years while they developed a new version of my idea by another writer. Of course, I refused the money.” 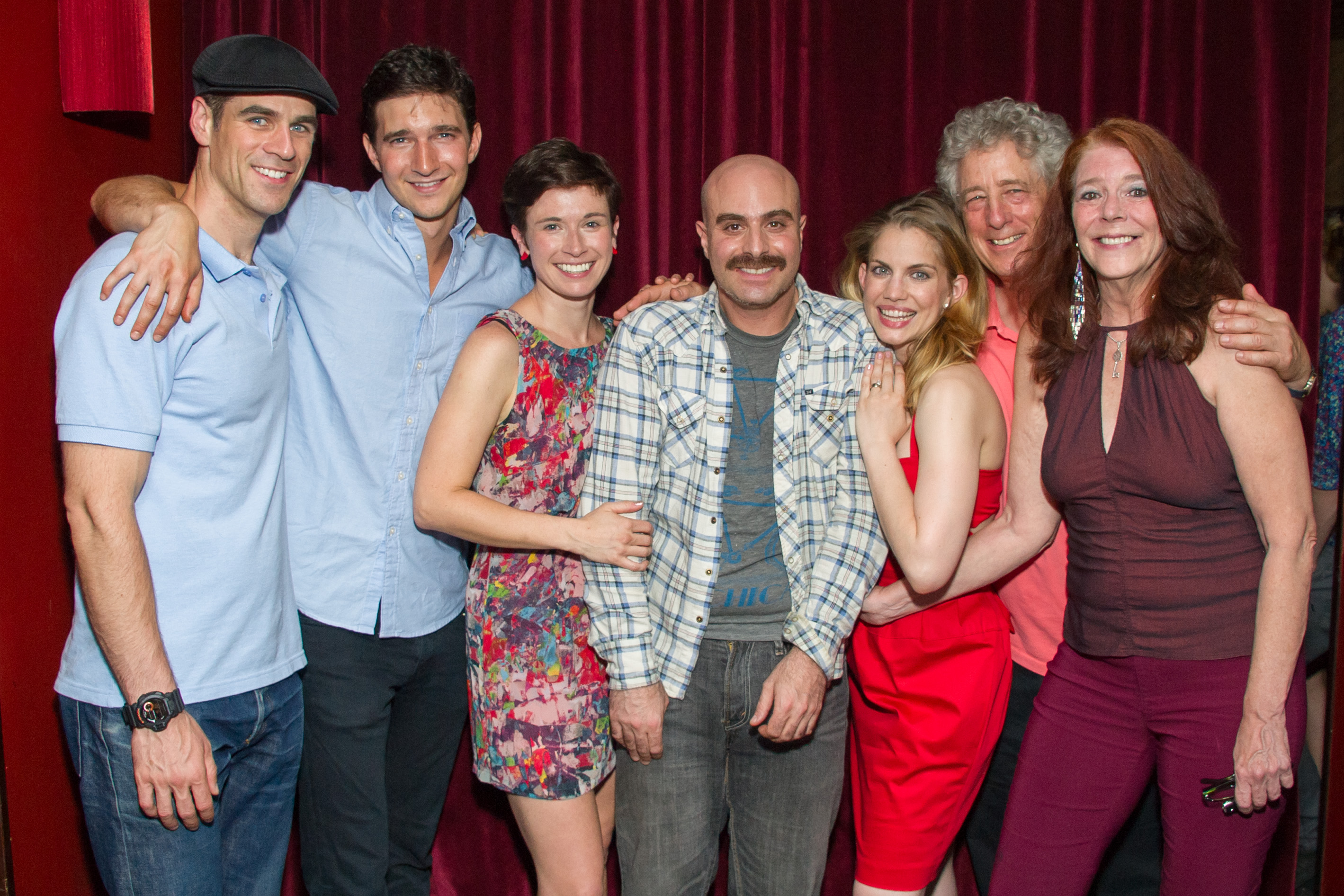 Or, as the Good Night, Oscar team, describes: “After working on the script for roughly two years, it became clear that Mr. Hayes and Mr. Adjmi had different creative visions. The decision was made by the production to sever ties with Mr. Adjmi and both parties understood that each party would continue developing plays based on Oscar Levant. There was no encumbrance on David Adjmi proceeding with his play after the option period he was paid for expired.”

Wrote Adjmi, “As Oscar Levant is in the public domain, anyone can write a play about him. Though I found this gesture of Sean’s kind of unsavory, to be honest I would have been happy to just take my play and move on. But when I refused their money, Beth and Sean said they were going to hold onto my option. That even though they had zero intention of producing my play, they were going to stall me while they developed their competing play. They blocked me from developing my play at Sundance in 2015, where I was a finalist that year.” He continued that after Hayes made his intentions public about doing a Levant bio-play, the actor and Williams “threatened my agent that they would sue me if I didn’t scrub all mention of my play from the internet.”

“It is one thing to develop another play based on material I suggested,” Adjmi wrote, “but it is quite another to engage in a campaign to sabotage mine—which was clearly their intention.”

By 2015, Hayes’ team had recruited Doug Wright, the Tony- and Pulitzer-winning playwright of 2004’s I Am My Own Wife, to the Levant project, commissioning an entirely new play. Wright had written the book for the 2006 musical Grey Gardens.

In the production’s statement, Wright says, “I telephoned David and we had a cordial conversation. I urged him to be candid with me and made a point of suggesting that I didn’t want to create awkwardness or ill-feeling with a fellow playwright. He assured me this was not the case and was gracious in telling me that I should accept the assignment.”

Wright continues, “He told me that he might continue to actively pursue a production for his script and I assured him that was fine by me.”

Adjmi wrapped up his Facebook post by noting, “My aim in writing this is not is not get anyone cancelled, I just want my story out there. After harboring this for nearly a decade, scurrying around, trying to rush the development of my play so it wouldn’t die altogether, I feel exhausted and very depressed.”