Within the humiliating policy backflip forced on the Truss government in the UK this week lies an important lesson for economic policymakers. In a contest between a central bank and politicians in today’s economic environment, the central bank will prevail.

On Monday, the new UK Chancellor of the Exchequer, Jeremy Hunt, abandoned almost all the unfunded tax cuts and scaled back the cap on energy prices that forced his predecessor, Kwasi Kwarteng, from his post after a furious backlash from financial markets that almost blew up the UK pension fund sector and triggered a financial crisis in the UK that could have spread elsewhere. 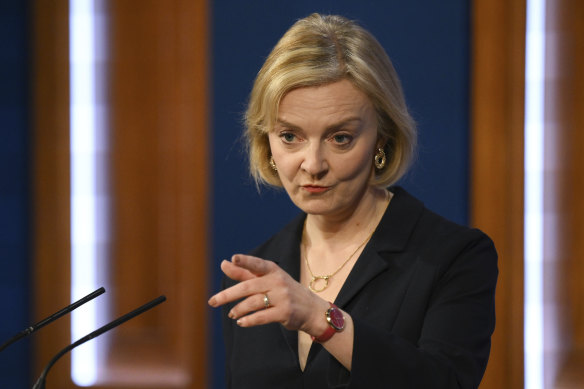 The Truss government has been forced to backflip on its reckless fiscal policies.Credit:AP

The markets’ response – the pound plummeted while UK bond yields soared – forced the Bank of England to intervene as UK defined benefit pensions funds pursuing a derivatives strategy designed to hedge their interest rate risks while allowing them to pursue higher and higher-risk investment returns were hit with what were essentially giant margin calls.

The bank, which has been raising UK interest rates to combat an inflation rate of almost 10 per cent and was, within days of its intervention, planning to start selling down its holdings of the bonds it bought in response to the pandemic, announced that, for a fortnight, it would act as the buyer of last resort for the bonds the funds were selling. It calmed the panic and gave Liz Truss time to dump Kwarteng and replace him with Hunt.

The BoE’s intervention was, however, time-limited and the bank made it clear that, while it was prepared to lend against the pension funds’ collateral, it would end its buying as planned (that occurred last Friday) and would re-start its planned sales of bonds on November 1.

So, its back to the program of tightening UK monetary policy through rate rises and quantitative tightening (the purchases of bonds) after a brief diversion from its main task of getting inflation under control.

It was the collision between those monetary policies and the reckless fiscal policies of the Truss government that sent the UK bond and currency markets into convulsions and nearly melted down the UK pension funds sector.

The policies were completely incompatible and investors in the markets knew that, which is why they fled and caused what was essentially a massive liquidity event in the UK bond market.

The response from market participants was interesting and revealing because investors in both bond and equity markets globally are desperate for the end of the global monetary tightening phase to come within sight.

Until that occurs, which will only be when the major central banks are convinced they have inflation rates under control, markets will continue to be volatile and illiquid and probably remain in the extremely bearish modes they’ve been since the start of this monetary policy cycle in March. 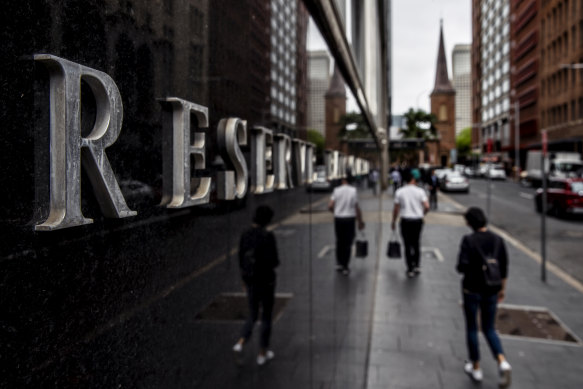 The UK has underscored the primacy of central banks while inflation rates are unsustainably high.Credit:Louie Douvis

The reaction of the markets, particularly the bond and currency markets, to the original Kwarteng package was to effectively tighten monetary policy. By rushing to quit or reduce their exposure to UK bonds and sterling they withdrew liquidity and increased the price of money.

They did so because they were very aware that, had the massive unfunded spending actually occurred, it would have forced the BoE to raise rates significantly higher and keep them there for longer and perhaps expand its bond-selling program to prevent the Truss profligacy from igniting another surge in already-unsustainable inflation.

The net impact of what occurred in the UK was to underscore the primacy of central banks while inflation rates remain unsustainably high, with financial markets reinforcing and amplifying that primacy by the alacrity with which they will punish fiscal policies that aren’t in tune with that focus on inflation.

That’s a shot across the bows of government tempted to try to offset the impacts of harsh monetary policies with relief packages for consumers experiencing significant declines in real wages and standards of living. Any lack of fiscal discipline will be met by even higher central bank rates and the potential for market turmoil.

Before Kwarteng unveiled his spending the UK 10-year government bond yield was a bit over 3 per cent. It shot up to 4.5 per cent in response to the announcement. The yield on 30-year bonds (important to the pension funds) touched 5 per cent. After Hunt’s policy backflip the 10-year yield has since fallen back to just over 3.9 per cent and the 30-year yield to just over 4 per cent.

Those in the market imposed their own financial disciplines via instantly higher interest rates and the threat that the market might actually break because of the lack of liquidity, with flow-on effects to the pension funds that could have caused a major financial crisis, with destabilising implications well beyond the UK.

The burst of volatility in global bond, equity and currency markets demonstrated how contagious undisciplined fiscal policies can be in the current brittle environment.

The risk of central banks driving economies into recession or near-recession as the price of bringing inflation rates that are at or near record levels under control is real but, in the circumstances, unavoidable.

The implications of the events in the UK won’t be lost on treasurers elsewhere.

Australia’s treasurer, Jim Chalmers, after participating in a meeting of G20 finance ministers and the International Monetary Fund in Washington last week, warned of the “increasingly perilous path” confronting the global economy and the need for “difficult” decisions to be taken in the upcoming federal budget.

He’s also referred to “responsible cost of living relief,” which is the area of vulnerability for the government. It will, within the overall context of the budget, have to be responsible if he’s to avoid forcing the Reserve Bank into raising rates higher than they would otherwise be and dodge the risk of a market revolt, with bond yields surging and the dollar slumping.

In the current environment there is immense pressure on governments to do something, which invariably means spending big. The UK experience shows just how dangerous and counterproductive that might be.

The risk of central banks driving economies into recession or near-recession as the price of bringing inflation rates that are at or near record levels under control is real but, in the circumstances, unavoidable.

The sooner the central banks can get those rates back towards more sustainable levels the sooner monetary policies can be normalised and the sooner the constraints on fiscal policies – and the political pressures to offset the effects of raging inflation – will start to ease.