Wagering entrepreneur Matthew Tripp’s fledgling gambling group Betr is out of the race for the West Australian wagering licence just hours before the state government was due to make its final decision.

Betr was selected as the preferred bidder for the $1 billion WA TAB licence two weeks ago, beating out Tabcorp and Entain but it has withdrawn its bid at the 11th hour. 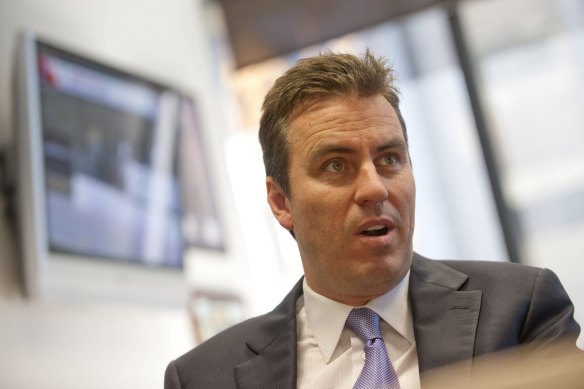 The turnaround – first reported by The Australian – leaves Tabcorp as the most likely candidate to win the licence, despite chief executive Adam Rytenskild previously telling investors the green giant would not overpay to secure a licence. It’s understood neither Tabcorp nor Entain will be upping their bid as a result of the report.

Tabcorp would present the lowest transition risk given it runs all other totalisers in the country. It’s understood the Tabcorp bid was substantially lower than Betr’s.

Shareholders were so impressed Tabcorp was not selected as WA’s preffered bidder that its shares rose 1.6 per cent after the news broke, closing as the second-highest stock on the ASX 200. The loss indicated its commitment to its new digital-first strategy.

The News Corp-backed Betr had been the preferred bidder for the coveted West Australian gaming licence and the government had granted the new bookmaker two weeks to demonstrate it had the financing required to hold the $1 billion WA TAB.

Tripp, who built the Sportsbet and BetEasy brands in Australia, said his ambitions to launch another wagering company came from the idea of leveraging the assets of media partner News Corp, which owns the cable and streaming company Foxtel, as well as mastheads including The Australian and The Daily Telegraph.

Betr is separately in talks with the Victorian government about its wagering licence, which is due to commence in August 2024. Securing the Victorian licence positioned Tabcorp to list in 1994 and would be a valuable acquisition for any of the three players.

“We think [WA TAB] is a must for us as a start-up,” Tripp told this masthead last month.

“We haven’t re-entered this market to play second fiddle to anyone. We want to grow sensibly through M&A and organically with the partnerships that we forged with everyone. We believe we will be – certainly a tier-one operator very quickly – but in time the most prominent brand in the country.”

Betr, Tabcorp and Entain would not comment on the WA licence outcome or bidding process.