When it comes to the budget and what it means for aged care, the toughest bit is working out exactly how much of the $3.9 billion of spending is ‘new’. For the most part, the budget seems to be putting meat on the bones of many measures which have been previously announced and, in some cases, have already been legislated.

The biggest slice of the aged care spending ($2.5 billion) is being allocated to the government’s promise to implement recommendations from the Royal Commission into Aged Care to meet a minimum quality and safety standard for staff time. These measures include mandating that all aged care homes have a registered nurse on site 24/7 from July 1, 2023 and increasing the number of care minutes residents receive – up to 200 care minutes including 40 nursing minutes from October 2023, and 215 minutes including 44 nursing minutes from October 2024. 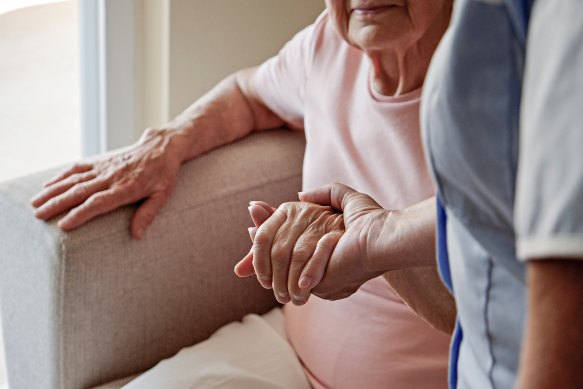 When it comes to the budget and what it means for aged care, the toughest bit is working out exactly how much of the $3.9 billion of spending is ‘new’.

Addressing the “lack of accountability and transparency” identified by the royal commission, the budget provides $8.2 million over four years to increase financial transparency through the introduction of new reporting requirements.

While not contributing to the budget financially, the government included an announcement that home care administration and management fees will be capped, and exit fees will be abolished to ensure the amount of funds going towards direct care is maximised.

However, all of these measures are contained in The Aged Care Amendment (Implementing Care Reform) Bill 2022 which was introduced into parliament in July and is currently before the Senate.

Likewise, the budget sets aside $3.6 million to create a professional aged care workforce, including a new national registration scheme and code of conduct for personal care workers. This measure is part of the series of reforms that were contained in a bill passed in August.

The Albanese government announced a capability review of the royal commission in its first weeks in office. The review was ordered due to the concerns raised by the royal commission over a lack of regulatory “transparency and responsiveness” and that the system was failing to provide the “high quality and safe care” expected by the community.

The federal budget allocates $9.9 million over two years to a dedicated Aged Care Complaints Commissioner charged with ensuring that complaints are properly and thoroughly dealt with. In addition, $38.7 million over four years was allocated for a new independent Inspector-General of Aged Care to target systemic issues and improve outcomes for older Australians.

Budgets are about payments and expenses, it’s time for the government to look at the other side of the spending ledger and find a way for older Australians to contribute towards the cost of aged care in a way that is fair and affordable.

In 2020-21 the Australian government spent $23.6 billion on aged care, in contrast in 2019-20 people receiving aged care paid $3.5 billion with a large proportion of this being for accommodation fees and everyday living expenses which don’t offset government funding.

Under the current funding arrangements, your ability to contribute towards the cost of your aged care is subject to a complex means test which includes an asset test and an income test. The result for many people of low and moderate means is that they are charged more than they can afford to pay.

The Royal Commission recommended simpler means testing arrangements and, while it was split on the details, the introduction of a levy to fund aged care. While changes to the financing and funding arrangements for aged care are complex and the road to implementation is less clear than other recommendations, it is a crucial element.