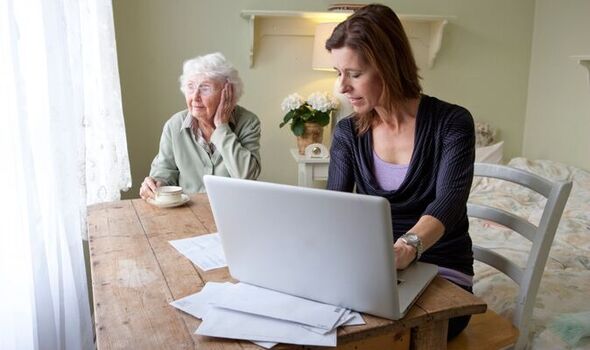 They have spent over £400, on average, on things like changing the lightbulbs to LEDs (49 percent), bleeding radiators (42 percent), having the boiler serviced (35 percent), and getting better quality curtains (36 percent).

Furthermore, one in three (34 percent) said getting a smart meter helped them to better manage their loved one’s energy use and bills.

As winter approaches, 94 percent of those who help out at someone’s home consider it essential that they get their home ready for the season.

Phillippa Brown, from Smart Energy GB, which commissioned the study, said: “Unpaid carers take on a huge amount of responsibility looking after friends or family, and the cost-of-living crisis is only making their role more challenging.

“But it’s important to know that even small things can really help to ease the burden on carers, and ensure their loved ones are prepared for the colder months.

“Getting a smart meter will help the person that you care for get accurate bills, remove the need to take meter readings, and allow them – and you – to track their energy usage more easily.”

But it is not just costs which are rising, as 80 percent have taken on responsibility for more aspects of life which they previously knew little about.

The most common things that unpaid carers have had to gain a detailed understanding of include managing energy use (65 percent), food prices (61 percent), and budgeting (48 percent).

More than eight in ten unpaid carers (83 percent) agree their stress levels are rising due to the unavoidable cost increases related to the care they provide.

And just eight percent believe there has been enough support offered to them during the cost-of-living crisis.

The main aid they would like is financial support, according to three-quarters (74 percent) of those polled – while 57 percent want help managing energy bills.

More than seven in ten (71 percent) even go as far as saying that managing the current cost-of-living crisis has been one of the toughest things they have faced as a carer.

And 82 percent find it difficult to know where to turn for help and advice about being a carer, according to the OnePoll figures.

Madeleine Starr MBE, from Carers UK, added: “Unpaid carers, and the people they are caring for, are struggling to pay for essentials such as heating and electricity, which is crucial for the people they support.

“It is imperative that carers and the person they are caring for can keep their energy costs as low as possible.

“Smart Energy GB’s report highlights that even little steps, such as draughtproofing your home, can help carers achieve this.”