Sean Penn, who has two Academy Awards, gifted one of his Oscar trophies to Ukrainian President Volodymyr Zelenskyy during a visit to the capital Kyiv.

“It’s just a symbolic silly thing, but if I know this is here then I’ll feel better and strong enough for the fights,” Penn told Zelenskyy in a video posted by the Ukrainian President. “When you win, bring it back to Malibu, because I’ll feel much better knowing there’s a piece of me here.”

Zelenskyy in return gave the activist the Order of Merit honor “for his sincere support and significant contribution to the popularization of Ukraine in the world.”

Penn won the Academy Awards Best Actor category twice, the first time in 2003 for Mystic River and the second time in 2008 for Milk. The actor has been nominated three more times in the same cat for 1995’s Dead Man Walking, 1999’s Sweet and Lowdown and 2001’s I Am Sam. 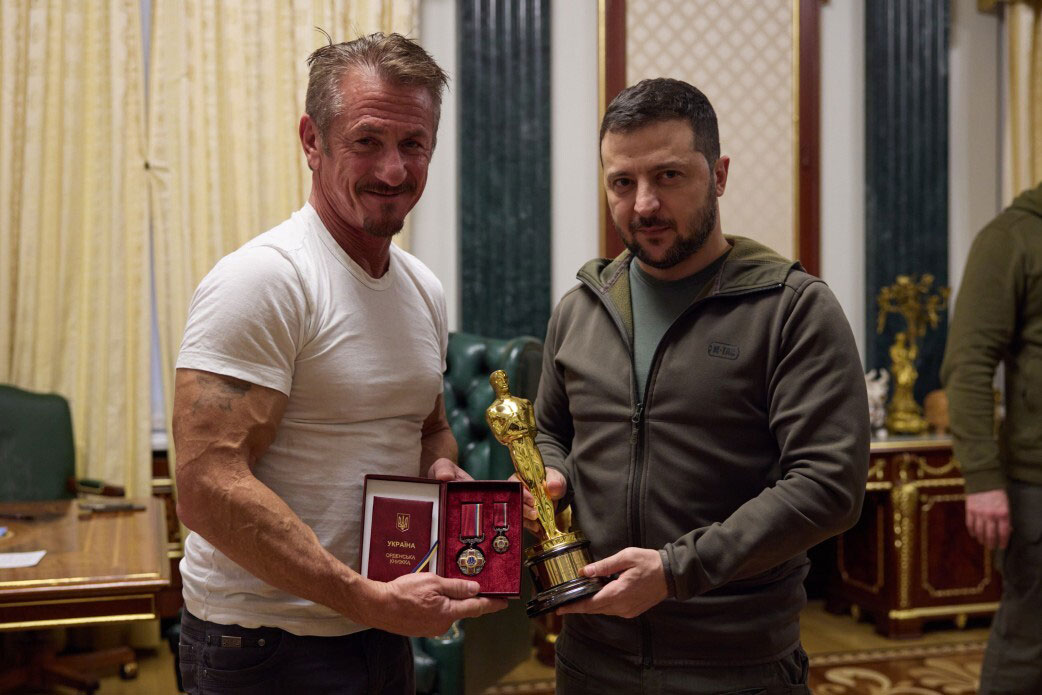 In the exchange, Penn also said, “there are three places in the world that all the pride of my life will be. The place where my daughter was born, the place where my son was born and this.”

Penn had been in Ukraine filming a documentary about the Russian invasion and had to flee the country in March. His support for Ukraine has reportedly landed him on Russia’s “stop list” which means he is banned from entering the country.

During the ceremony, Zelenskyy also honored other people that included former British Prime Minister Boris Johnson, the prime ministers of the Czech Republic, Poland and Slovenia, as well as the presidents of the European Commission.

Watch the exchange between Penn and Zelenskyy below.

Huckabee Sanders & Schumer Win; Polls Close In Many Key States; How To Watch