Australian celebrity chef Maggie Beer is hoping shoppers will continue to splurge on gourmet food well past the festive season as her namesake premium food company chases aggressive growth next year through its hamper business despite economist predictions of a significant pullback in household spending. 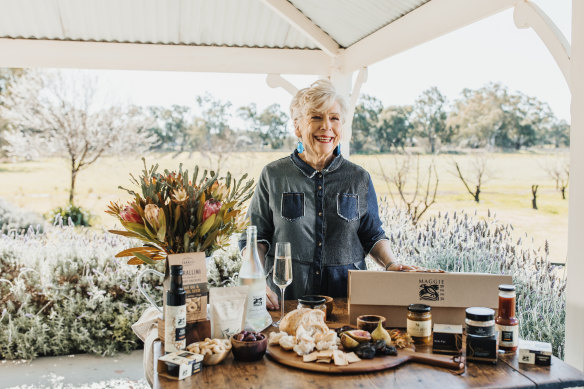 The Barossa Valley-based business is bracing for a slowdown in discretionary spending from April onwards as interest rates bite, but the company figurehead believes customers will still find good value in her branded premium products.

“When you’re dealing direct to the customer, you can give a uniqueness at a higher price point that’s not available in the supermarkets or retail, which is a really important part of our business,” Beer said. “With that comes knowledge, because you’re not just selling something, you can show them and tell them how to use this, how to cook it.”

The $75.8 million company has reinvented itself as an ecommerce-driven outfit after COVID’s crippling effects forced it to shift its business model, acquiring Hampers & Gifts Australia in early 2021 for $40 million and announcing it would sell two loss-making dairy farms. The acquisition of the hamper business has helped bring the struggling business back to profitability, with 66 per cent of its revenue now coming from online sales.

“In some ways we’re somewhat insulated from that because we have such an incredibly loyal and passionate customer base,” he said. “We think we can make our brand much more accessible – more distribution points, increase the reach.

“Even when the economy slows, we tend to find our consumers continue to spoil themselves; I think the long-term trend towards premiumisation and provenance will remain really strong.”

Growing the no-alcohol category will be a key focus for Beer, who created a non-alcoholic sparkling chardonnay 18 years ago and is hoping to capitalise on the now-growing trend driven by younger consumers. “We were far too ahead of our time,” she said.

Maggie Beer Holdings has sold one of two of its dairy farms, St David Dairy, for $1.6 million in September, but is now considering hanging onto Paris Creek Farm, where sales have risen 13 per cent on the same time last year. 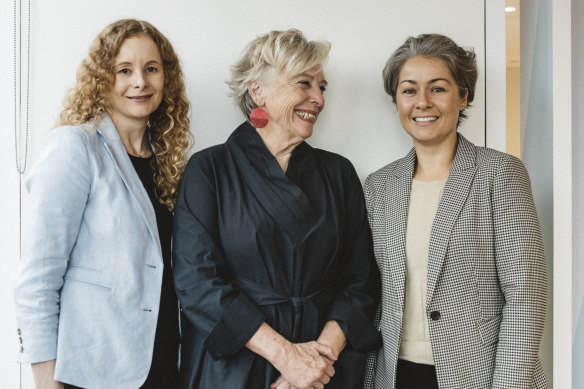 “The demand for our cheese portfolio … has been so exponential that Maggie and I and the board thought it was prudent to reassess where that asset fits within the portfolio,” said Weine. Beer added: “We are nimble and flexible, so we can reassess and say, ‘this might just be right’ … there will always be a need to keep eggs in other baskets, as well.”

The pair is also hunting for a new CEO that will be a “growth-orientated leader” and are in the process of assessing a range of global candidates to replace outgoing chief executive Chantale Millard, who Weine said had laid out a strong foundation of growth going forward. At the end of this year, Millard will depart after eight years with the company and three as CEO, with Beer saying her strengths were in “financial, operational and production”.

“Fundamentally we’re looking for somebody who’s enthusiastic about food about provenance, about premium quality brands, and someone who’s aligned to a company values … somebody who’s excited about the future,” said Weine.

Whoever they appoint, the new chief will be working closely with Beer, who is a figurehead and board director at the company. She does not own a majority stake in the company after selling her 52 per cent stake in 2019, but remains very close to the business by weighing in on key strategic decisions and signing off on products.

“Even though [husband] Colin and I don’t own it anymore, I still see it as ours in everything that happens and product development. I taste everything. If I’m not proud of it, it doesn’t happen,” Beer said.

“So being emotionally committed to it will never stop.”