Westpac chairman John McFarlane has flagged he will retire in one year’s time, declaring the banking giant had made significant progress in its turnaround, highlighting moves to cut costs and deal with cultural problems.

The banking veteran, a former boss of ANZ Bank, was appointed to chair Westpac in early 2020, as the country’s oldest bank was reeling from a 2019 money laundering compliance crisis that sparked a record fine and led to the exits of its former chairman and chief executive. 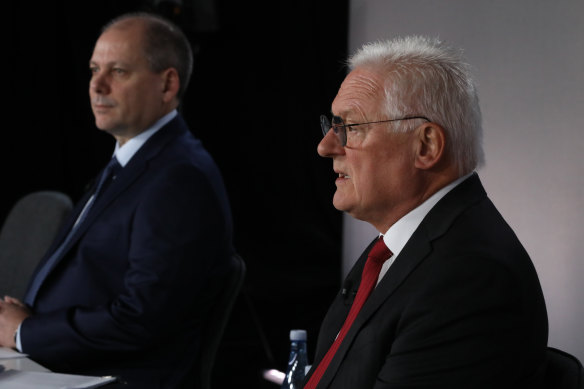 On Wednesday, McFarlane told shareholders he would retire at next year’s annual general meeting, saying the bank had improved its performance, and the time was right to bring in a new chair.

“Given the progress in turning around your company – I have advised the Board that I intend to retire at the conclusion of the 2023 AGM in December next year,” McFarlane said in his prepared speech to the bank’s annual general meeting.

“This delivers on my commitment to shareholders when I first took on the role in 2020 to create a leaner, more agile, and better performing company. It also ensures the board has time to appoint a new chair in an orderly way. We have started the process of identifying a new chair and in looking for new directors that will bring additional skills to the board.”

Westpac, the second-largest mortgage lender in the country, has faced a period of major change since late 2019, when Austrac launched a bombshell lawsuit that exposed major flaws in the bank’s anti-money laundering compliance, leading to a record $1.3 billion fine.

The bank has also lost market share in recent years, but McFarlane said that after two and a half years of restructuring, the bank was in “good strategic and financial shape for the future.”

“Considerable progress has also been made in the simplification of the group, in lowering the cost base, and in addressing risk and cultural issues,” he said. “We have successfully strategically repositioned the Company to focus on our natural strengths in commercial banking, focused on Australia and New Zealand,” he said.

He also highlighted moves by the bank to overhaul its digital offerings, consolidation of its branch network, and a reduction in its cost-to-income ratio.

McFarlane said Westpac still lagged rivals in how it dealt with operational risk, and said 2023 “will invariably be a challenging year.”