We’ve worried a lot about inflation and its causes this year, but in one important respect the economy’s managers have yet to join the dots. The most basic economics tells us that what stops prices rising more than they should is strong competition between firms. If competition has weakened, that will be part of our inflation problem.

But is there evidence that competition is less intense than it was? Yes, lots. It was outlined by Assistant Treasurer Dr Andrew Leigh in a recent speech.

The basic model of how markets work – the one lodged in the head of almost every economist – assumes “perfect competition”. 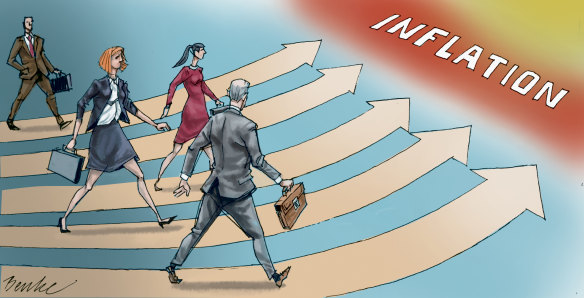 Markets are supposed to consist of a huge number of consumers and many producers, each of them too small to have any ability to influence the price of the products they’re selling. So the price is determined purely by the interaction of producers’ supply and consumers’ demand.

Competition between these small firms is so intense that, should any one of them be so foolish as to raise their price above what all the other firms are charging, consumers would immediately cease buying their product, and they’d go out backwards.

I doubt if that was ever an accurate description of any real-world market. But even if it approximated the truth at the time economists got it so firmly fixed in their minds – the late 19th century – all the years since then have seen firms getting bigger and bigger.

The bigger a firm’s share of the market, the greater its ability to influence the prices it charges. This is a key motivation for big firms to keep taking over smaller firms.

So much so that many key industries today have just a handful of firms – often no more than four – accounting for well over half the industry’s sales.

This has happened thanks to a century or two of firms using improvements in technology to pursue “economies of scale”. Up to a point, the more widgets you can produce from the same factory, the lower their average cost of production.

Firms do this in the hope of increasing their profits. But the magic of markets – when they’re working properly – is that your competitors also use the new technology to cut their production costs, then undercut your price to pinch some of your share of the market.

This is the competitive process by which the benefits of scale-economies end up mainly in the hands of consumers, in the form of lower prices. This is a big part of the reason we’re all so much richer than our great-grandparents were. 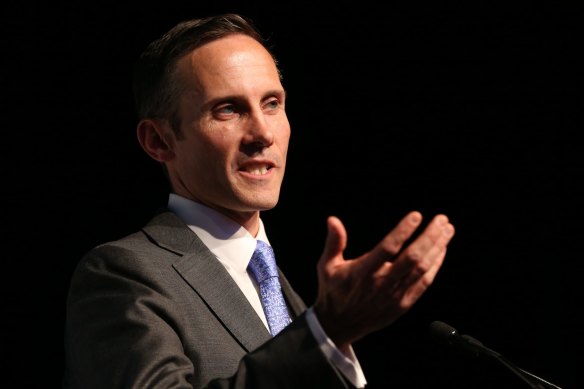 The digital revolution has moved scale-economies to a new stratosphere. It costs a lot to develop a new GPS navigation program, for instance, but once you’ve done it, you can produce a million or two million copies at negligible extra cost.

So, fundamentally, the move to fewer but much bigger firms is a good thing. Except for this: the bigger a firm’s share of the market, the greater its ability to influence the prices it charges. This is a key motivation for big firms to keep taking over smaller firms.

And when markets are dominated by three or four big firms, it’s easy for them to reach an unspoken agreement to use advertising, marketing and superficial product differentiation to compete with their rivals, while avoiding undermining existing prices and profit margins by starting a price war.

Similarly, when all the big firms in an industry are hit by similar big increases the costs of their imported inputs – caused, say, by pandemic or war-related shortages of supply – it’s easy for them to reach an unspoken understanding that they will use this opportunity to fatten their profit margins by raising their prices by more than the rise in input costs justifies.

Which is just what seems to have been contributing to the huge rise in consumer prices this year – though it’s far too soon for economic researchers to have hard evidence this is happening.

What we do have, according to Leigh, is a “growing body of evidence that suggests excessive market concentration can lead to economic problems”.

“As you can imagine, the drag on the economy only becomes stronger and deeper with each and every concentrated market,” Leigh says.

‘As you can imagine, the drag on the economy only becomes stronger and deeper with each and every concentrated market.’

In the past decade, there has been a huge increase in the number of studies – covering the US and many other countries – confirming that markets have become more concentrated. That is, a higher share of the market held by a few big firms.

But, Leigh says, “mark-ups” – the gap between firms’ costs of production and their selling prices – are one of the most reliable indicators of “market power”. That is, power to raise their prices by more than is justified by their increased costs of production.

Australian research led by Treasury’s Jonathan Hambur finds that industry average mark-ups increased by about 6 percentage points between 2003 and 2016. This fits with figures for the advanced economies estimated in a study by the International Monetary Fund over the same period.

Of course, none of this should come as a great surprise to those few economists who specialise in the study of IO – industrial organisation – the way the real-world behaviour of monopolies and oligopolies differs from the way simple textbook models of perfect competition would lead us to expect.

Institutionally, the responsibility for seeking to ensure “effective competition” in our highly oligopolised economy rests with the Australian Competition and Consumer Commission. But its efforts to tighten scrutiny of company takeovers and other ways of increasing a firm’s market power have met stiff resistance from the big business lobby.

This new evidence of increasing mark-ups suggests the econocrats responsible for limiting inflation should be giving the ACCC more support.