Liquidity in the banking system has slipped into a deficit for the first time in three weeks, prompting banks to borrow the largest quantum of funds from the Reserve Bank of India (RBI) in around a month and a half. 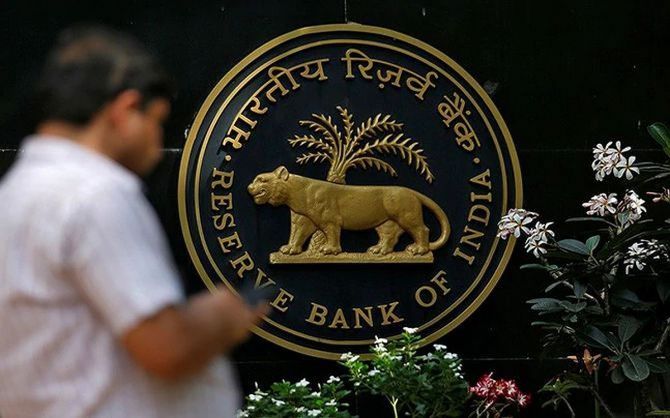 The key catalyst for the sudden tightening in liquidity was due to outflows on account of advance tax payments, which occur towards the end of a quarter.

Analysts also cited other factors such as a currency leakage and possible interventions by the RBI in the foreign exchange market, which contributed to the tighter liquidity conditions.

According to RBI data, the central bank as on December 16 injected Rs 40,853 crore in the banking system, the first such infusion of funds since November 24.

The amount injected by the central bank on December 16 is the highest since October 30, the data showed.

An injection of funds by the RBI implies tighter liquidity conditions in the banking system, while an absorption of funds reflects surplus cash lying with banks.

Prior to December 16, the RBI had absorbed funds from banks every day this month, with the average absorption at Rs 1.5 trillion.

“The deficit liquidity was due to advance tax payment outflow and slow pick-up in government expenditure.

“Liquidity conditions are likely to remain tight till December 20 due to GST payment outflows.

“Towards the end of the month, government expenditure tends to pick-up, which should result in improvement in liquidity conditions,” she said.

According to analysts, currency leakage — or currency leaving the banking system –- picked up pace this month, as evidenced by a rise in currency in circulation by Rs 26,900 crore till December 9.

The tighter liquidity conditions have made their impact felt on the operating target of the RBI’s monetary policy – the weighted average call money rate (WACR).

On Monday, the WACR settled at 6.50 per cent, the same rate as the Marginal Standing Facility Rate, which represents the highest layer of the interest rate corridor.

Intraday, the inter-bank call money rate, which determines banks’ short-term cost of funds, rose to a high of 6.60 per cent.

Essentially, banks which are short of cash in the current phase, must tap the MSF window to avail of liquidity, driving up cost of funds.

Moreover, the RBI said earlier this month, that it would wait for banks to significantly reduce the quantum of excess funds parked with the central bank before it conducts operations to infuse liquidity.

RBI Governor Shaktikanta Das said that while the central bank was committed to two-way liquidity operations, market participants should “wean themselves away” from surplus liquidity.

For banks, the tighter liquidity conditions exert more pressure to raise deposit rates and mobilise funds at a time when demand for loans is hovering around 10-year highs.

Going ahead, this could impact banks’ net interest margins, or the difference between interest earned on loans and that paid on deposits.

“We can see the impact of the tighter liquidity in transmission across the curve. Banks across the board – not just the smaller ones but the larger ones too – have meaningfully started to raise deposit rates and there are increases in the MCLR as well,” Soumyajit Niyogi, director, India Ratings & Research, said.

With the rupee having witnessed volatility in over the past few days, economists pointed out that the RBI may have sold dollars in the foreign exchange market to lend stability to the rupee.

Dollar sales by the RBI drain out rupee liquidity from the banking system.

“The RBI is rumoured to have intervened in the foreign exchange market.

“We will get to know when we have the data, but there is likely to have been some intervention that happened,” Sakshi Gupta, principal economist, HDFC Bank, said.

Going ahead, liquidity conditions may tighten further due to a deficit in India’s Balance of Payments this year, a seasonal uptick in currency leakage in the fourth quarter and the reversal of certain long-term fund infusions that the RBI had conducted in April 2020, at the height of the pandemic.

“Another possibility is not keeping any buffer on Cash Reserve Ratio. Bank issuance of certificates of deposit has also gone up, with credit growth outpacing deposit growth,” she said.