One of the fun parts of the summer news cycle is the pronouncement by various dictionaries of their words of the year.

For 2022, the Oxford English Dictionary chose goblin mode as its word of the year. It means “a type of behaviour which is unapologetically self-indulgent, lazy, slovenly, or greedy, typically in a way that rejects social norms or expectations”. 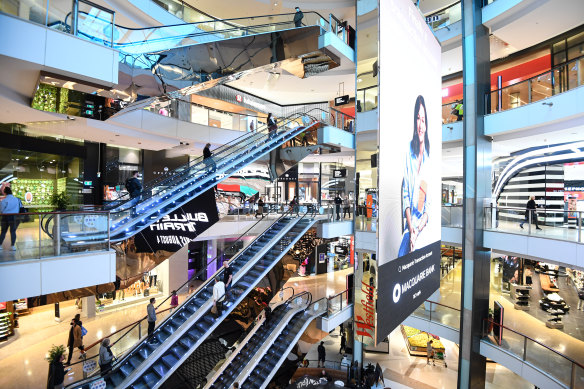 Consumers will be at the crux of Australia’s economic performance next year.Credit:Peter Rae

Mirriam-Webster settled on the notion of gaslighting, while Collins Dictionary selected permacrisis, defined as “an extended period of instability and insecurity”.

This brings me to the outlook for the Australian and global economy in 2023.

After a tough few years, we must hope this is the year our economic permacrisis finally melts. There are reasons, I believe, for hope – although as always, only time will tell.

Meanwhile, here are my top seven economic buzzwords to help you not only dominate small talk this BBQ season but also navigate the year ahead.

Let’s get the bad news out of the way first, shall we? There is a very high chance – indeed it is probable, according to most economists – the world’s largest economy, the United States, will enter recession this year.

If it does, it will be an entirely man-made one; US Federal Reserve chairman Jerome Powell being the particular man in question. Assisted by his fellow board members, the Fed is on a mission to jack up borrowing rates sufficiently to bring inflationary pressures to heel.

Whether it can get the balance right between taking some demand pressure out of the economy without tipping America into a deep and prolonged recession remains to be seen. 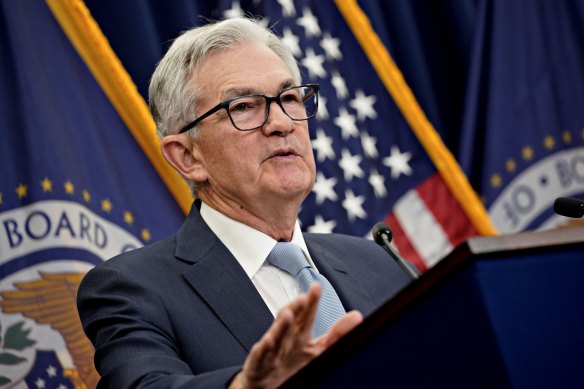 US Federal Reserve chairman Jerome Powell will be the man driving the economic agenda in 2023. Credit:Bloomberg

Scary stuff, right? Perhaps. But when confronted with the dreaded ‘r’ word, even sensible people seem to forget that even during recessions, economies still produce an awful lot of output – just a bit less output than previously.

What you should really worry about is not being in recession per se, but the effect this has on jobs. This depends entirely on the nature of the recession and how long employers expect it to last. And never forget: the same policies which can be used to induce recessions – either explicitly or inadvertently – can be used to end them, too.

Chances of a recession in Australia are rated much lower. Not impossible, mind you. But commodity prices and a re-opening of China should lend us extra support.

By now you’ve probably just wrapped your head around the notion of quantitative easing, or the purchase of government bonds by central banks in an attempt to bring down broader borrowing costs.

Well, now it is time to wrap your head around the opposite policy of quantitative tightening, when central banks let their bond holdings “run off” or “roll off” at their maturity date.

Instead of buying up new bonds to replace old ones maturing, central banks will be seeking instead to reduce their massive holdings of bonds, which will take demand out of the bond market, probably leading to higher yields and borrowing rates than otherwise. It remains to be seen how financial markets will respond to this rolling off. But 2023 looks set to be the year we start to find out.

As for official interest rates, expect to hear much debate this year about what exactly is the neutral interest rate, or the official cash rate at which policy is neither exerting an expansionary force on the economy, nor a contractionary one. Spoiler alert: central bankers don’t know what it is. In Australia, they are pretty sure it’s at least 2.5 per cent, which is the long-run target for inflation, and then a bit above that.

Australia’s official cash rate stands at 3.10 per cent. How far the cash rate now sits above the neutral rate – ie to what extent it is exerting a contractionary force on the economy – remains a major policy question, which in truth can only be revealed by the actual reaction of households and business to the RBA’s rapid-fire rate hikes. Interesting times ahead.

Calculators at Phil Lowe’s central bank are also whirring trying to update estimates of yet another amorphous but critical economic concept, namely the current rate of the ‘NAIRU’ or non-accelerating inflation rate of unemployment. That’s the jobless rate below which a lack of competition from jobless people for jobs puts upward pressure on wages and prices more generally across the economy.

Australia’s jobless rate is at a near half-century-low of 3.4 per cent, which is by most estimates well below the NAIRU. The Reserve expects this to lift to 3.75 per cent by year’s end and 4.25 per cent by the end of 2024. But is that enough to curb inflation? Only time will tell.

Meanwhile, Australian workers could have more success pushing for outsized pay gains in 2023, leading to a wage price spiral, in which bigger pay packets fuel higher prices because there is more income chasing the same quantity of goods and services in the economy. I’ll believe it when I see it.

More likely, given declining unionisation rates, getting that pay rise from your existing employer is likely to prove more difficult than you’d like. To economists, things are only “real” if they factor in rising prices. If you get a pay rise of 3 per cent, but prices rise 2.5 per cent, you only got a “real″⁣ pay rise of 0.5 per cent. Official forecasts are for another year of no real wages growth. Bah humbug.

For anyone worried about falling home values, some good news. I suspect 2023 will see gathering discussion about a relaxation of so-called macro-prudential policies. These are the rules set by our prudential regulator which determine how much credit banks and other lenders can extend to borrowers.

Time and time again, policymakers have stepped in to put a floor under home values and I suspect this year will be no different. They could either relax interest rate serviceability tests, or perhaps interest-only loans will be allowed to stage a comeback.

All told, 2023 is shaping up as a year in which the fate of economies lies even more so than usual in the hands of policymakers.

It would be naive to imagine they will get everything right. But it would similarly be a mistake to assume they are destined to fail. Interesting times, indeed.