Australia’s casino operators will be hoping to keep their names out of the headlines in the new year, after enduring a chastening 2022, that saw the regulatory wheel turn decisively against their favour.

Having enjoyed a soft touch for decades, Crown Resorts and The Star Entertainment Group have both found themselves on the receiving end of a litany of fines, to go with the loss of their respective licences in a number of states, and reputational damage that could take decades to rehabilitate.

Most importantly, the casino industry is no longer bulletproof and can’t hide behind its traditional safeguards of filling the coffers of state governments with tax revenue and supporting thousands of jobs.

Crown’s fall from grace, which started with the Bergin report finding it unsuitable to hold its licence in Sydney in 2021, came to a head in 2022. Firstly, Crown Perth was found unfit to run the casino in Western Australia, followed by almost $200 million in fines.

Then in June, US private equity giant Blackstone’s completed its $8.9 billion takeover of Crown, delivering billionaire James Packer a $3.36 billion payday for his 37 per cent stake in the company. 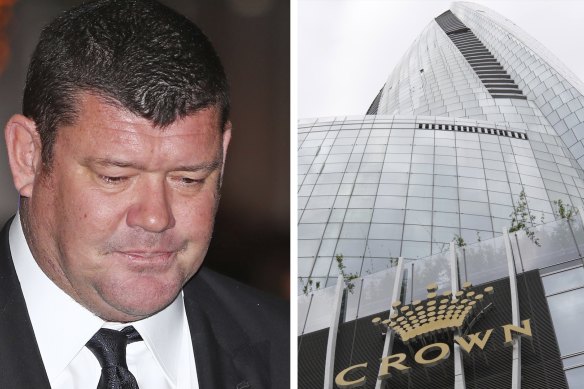 James Packer stacked the Crown board with friends and business associates.Credit:Getty/Nick Moir

Along the way, Crown’s former directors and senior executives were fortunate enough to evade action from the Australian Securities and Investments Commission (ASIC), with the regulator’s boss Joe Longo, saying that it was the “right call” to drop its investigation because the allegations were outside the statute of limitations.

“The evidence, the age of the matter, the knowledge of the directors at the time and in all the circumstances, there wasn’t an actionable case against the directors,” Longo said at the time.

However, their counterparts at The Star, weren’t as lucky to walk away unscathed from any regulatory repercussions. If anything, Star has arguably come out of the regulatory inquisition in far worse shape than Crown.

The Bell Inquiry, instigated after a 2021 investigation by the Herald, The Age and 60 Minutes alleged The Star enabled suspected money laundering, organised crime and fraud in its Australian casinos for years, laid bare the extent of the rot at The Star.

And regulators are evidently keen to make an example out of The Star when it comes to holding casino sector executives accountable for their misdeeds, with ASIC determining that there is a strong case against The Star’s former board and executives.

The Star’s new management, helmed by former Tyro Payments boss Robbie Cooke, now finds itself tasked with not only carrying out the remediation work demanded by the regulators, but is also staring down the barrell of a proposed new tax that will see Sydney’s two casinos will pay hundreds of millions of dollars extra on table game and poker machine operations. 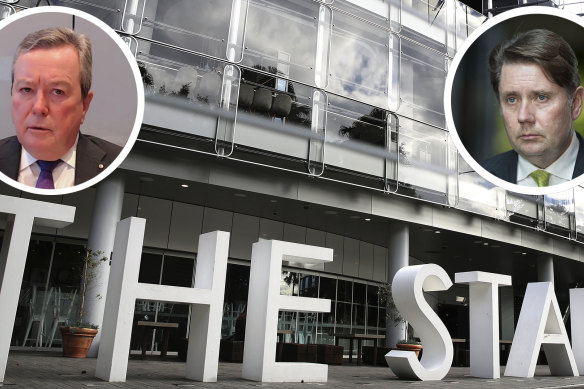 Helen Bird, a corporate governance expert at Swinburne University, says the Star was always the easier target, compared to Crown, given the allegations were more recent. But more importantly, the very public allegations against Crown by this masthead – and the double page ads from Crown denying these allegations – meant a ‘head in the sand’ approach was not feasible for the Star’s board.

“That is definitely within the statute of limitations, where the board would arguably, if they were acting well, have wondered whether the same things were happening inside their own organisation,” she said of the Star’s board in the wake of the Crown allegations.

“The reason why there is justifiable criticism of Star, over and above what’s happening at Crown, is that not only was it happening, but they were being given a real-time illustration of consequences of not investigating,” Bird said.

It’s an assessment that ASIC agrees with.

The corporate regulator first showed its intent when AUSTRAC launched legal action against The Star in December for alleged money laundering offences.

“As we have confirmed on a number of occasions, ASIC has had an active investigation underway into the Star group’s conduct since March this year. The outcome of that investigation is imminent, and an announcement will be made in due course,” ASIC deputy chair Sarah Court, said at the time.

But AUSTRAC and ASIC are not the only ones who are targeting the very people who allegedly made a mockery of the regulations designed to keep criminals, money laundering activities, and problem gamblers out of our casinos.

The newly formed NSW casino regulator, the NSW Independent Casino Commission (NICC), has made it clear that it would not allow executives and board members associated with the fiascos at Crown, and Star, to operate in NSW.

“Former directors and executives of The Star who retain a close associate approval will very soon have that approval rescinded,” an NICC spokeswoman told this publication.

“While the NICC is not empowered to take disciplinary action against them, it goes without saying that it would be unlikely those individuals could ever again obtain close associate approval to enable them to work in a NSW casino. Likewise, this would extend to pre-Bergin executives and directors of Crown Melbourne and Crown Perth,” it said.

The NICC is taking things further by considering whether it should report some of The Star’s pre-Bell Inquiry executives to their constituent bodies for code of conduct breaches. This includes the governing bodies for the accounting and legal professions.

It is an important issue, according to Bird. Beyond the impact on the two companies of this poor behaviour lies the issue of how the individuals who allowed this to happen are held to account, and prevented from engaging in this poor behaviour again.

Bird said there is a perception that holding individuals executives accountable gets lost in the battle to hold the corporations accountable.

“In terms of signalling on poor behaviour, acting as a deterrent to others who might be contemplating a similar activity, it really gets lost in the wash,” Bird says.

The issue is what is stopping these executives from turning up elsewhere and creating the same problems.

“There is always this great complaint that the law is far too harsh, demands too much of directors, and encourages them to be only focused on legal compliance and not on entrepreneurial-like encouragement of risk taking,” she says.

“The reality is a different place altogether.”