A jump in public complaints about dubious environmental claims in Australian advertisements has prompted the peak industry body to overhaul the code that lays out the standards for advertisers when it comes to spruiking green credentials.

The Australian Association of National Advertisers (AANA) said it is planning to review the Environmental Claims Code, which ensures advertisers develop and maintain rigorous standards when making environmental claims. It is one of five self-regulatory advertising codes. 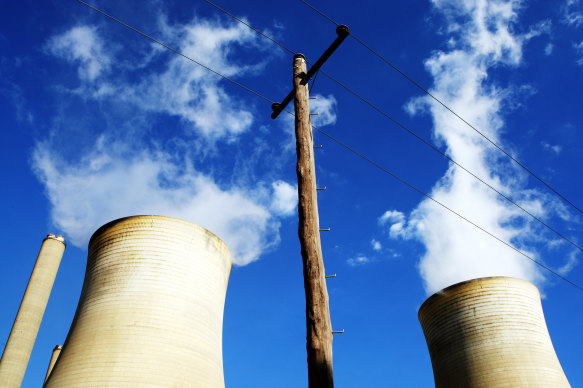 The association said Australia needed to keep up with international best practice, given the consistent uptick in the number of complaints made under the Environmental Claims Code over the past three years.

“In response to growing community concern around the environment, climate change and waste management, regulatory organisations around the world are shining a spotlight on environmental claims and introducing new measures and restrictions,” said the association’s chief executive Josh Faulks.

“Community expectations are shifting in Australia and now is the right time to review the Environmental Claims Code to ensure that it reflects community views as well as international best practice.”

“The review of the code will take place towards the end of this year and include extensive consultation with the community, government and industry,” Faulks added.

Greenwashing complaints, which made up just 0.45 per cent of claims in 2020, rose to 2.36 per cent last year. Meanwhile, the Ad Standards Community Panel considered 16 such complaints last year, compared to just 4 in 2020.

Richard Bean, the executive director of Ad Standards, said more greenwashing complaints were starting to come in, as Australians become more conscious of climate change and the carbon footprint of their purchases.

Ads from the mining, automobiles, petroleum, banking, and superannuation industries, had all been brought to the Ad Standards’ attention.

The AANA’s review comes after a precedent-setting case in October in which the UK’s advertising regulator banned two ads from bank HSBC, saying they were “misleading” consumers when it came to the company’s work to tackle climate change. It was the UK Advertising Standards Authority first action against a bank for greenwashing.

In November, gas giant Shell was forced to remove ads promoting “carbon-neutral” petrol after they were found to be misleading by the Netherlands’ Advertising Code Committee.

Greenwashing, misleading or misrepresenting the extent to which something is environmentally friendly, sustainable or ethical, is on the radar of regulators across the globe. Both the Australian Competition and Consumer Commission (ACCC) and the Australian Securities and Investments Commission (ASIC) say it is their top priority this year and have confirmed there are investigations into greenwashing already underway.

There has only ever been one complaint under the Environmental Claims Code which was upheld by Ad Standards, relating to a digital billboard from the Australian Gas Networks in 2020 with the words, “Greener than anything you’re cooking tonight. Love Cleaner Energy, Love Natural Gas” accompanied by a picture of man in a kitchen holding a tray of lasagne.

The watchdog found that the ad gave an average consumer the overall impression that natural gas is cleaner and greener than any alternate method of cooking that they could use, which was a misleading claim as there are other energy sources which would be considered cleaner and greener than gas. The company removed the billboard from its campaign in response.

Environmental claims can also be dealt with under the advertising association’s code of ethics, in which businesses can complain about a competitor’s advertising and have the issue determined by an industry jury.

The panel took the view that the advertising material had created an overall impression that was misleading or deceptive and which implied a benefit to the environment which was not substantiated. Without any admission, the advertiser agreed to review the material.