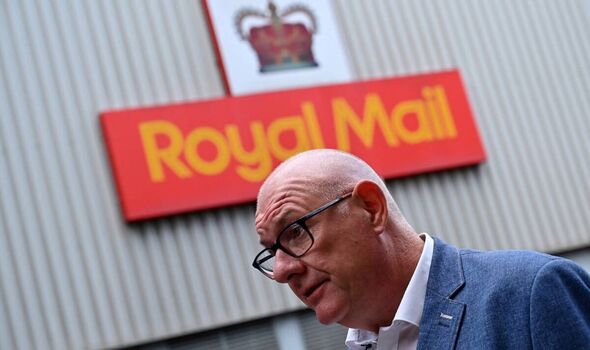 Workers staged 18 days of strike action during the second half of 2022 over pay, jobs and conditions, while the service was also hit by the end of the pandemic parcel boom. It endured a gruelling Christmas marred by strikes and last week the company asked customers to stop sending letters and parcels overseas after criminals launched a ransomware attack.

Simon Thompson, chief executive of the postal service, admitted to MPs on the Business Committee that some things have “not gone as well as we would have wanted”.

Royal Mail racked up a loss of £219million in the six months to September 25 compared with a profit of £235million a year earlier as it continued to ride the online shopping boom enhanced by the pandemic.

Parcels and letter volumes have plunged because of higher competition and a contracting economy.

In its second trading quarter, to the end of September, Royal Mail losses were £1.4million a day.

MPs grilled Mr Thompson over his yearly salary of £540,000 – 23 times the £25,700 average postal worker’s annual pay. MP Ian Lavery asked: “Are you really worth that amount of money, Mr Thompson?”

Analysts have suggested Royal Mail is on course to rack up a £745million loss for the 12 months to the end of March.

He was also questioned over plans to slash sick pay for workers at the group, but said only that Royal Mail was “in discussions about how we can make some adjustments that would impact a small proportion of the team to encourage them back to work”.

He told the Commons committee the company is “goading” staff.

Mr Ward told MPs: “We’ve never seen this level of demoralisation, which we say is deliberately being done to force people out of their jobs.

“We’ve had disputes in the past, but it’s never been as bitter as this.” The union is to ballot its members over further national strikes.