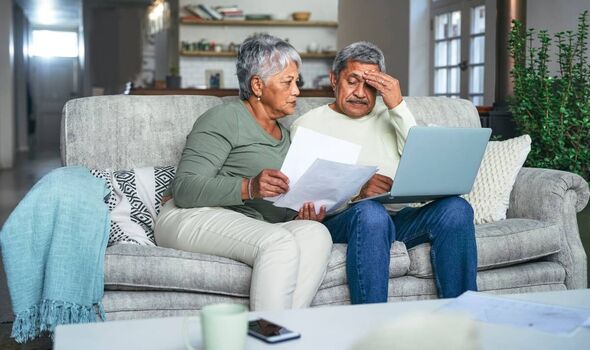 As much as £5.3billion was paid in inheritance tax between April and December – nearly £1billion higher than the same period a year earlier, says HM Revenue & Customs. The Government has raked in extra billions since IHT thresholds were frozen 14 years ago – as property prices soared.

“Inheritance tax is no longer an issue for the wealthy only.”

The tax is payable at 40 percent on every estate valued above £325,000. This includes savings, investments, properties, and possessions such as jewellery, cars, and art.

The threshold was frozen in 2009 and last year Chancellor Jeremy Hunt extended this to 2027/28. It will see £42billion of inheritance tax flow into the Treasury over six years, rising from a prospective £6.7billion this financial year to £7.8billion in 2027-28.

Stephen Lowe, of Just Group, said: “The combination of the freeze on the nil-rate band and rising property prices continues to funnel more tax into government coffers, especially in regions where prices are higher.

“Substantially more estates pay inheritance tax in London and the South East. A Just Group Freedom of Information request found property accounting for half of the wealth in London estates paying it, compared to 32 percent for the rest of the UK.

“Further significant house price rises are likely to have tipped many more estates over the threshold.” Since 1999, almost £90billion has been paid in tax by those passing assets to loved ones.

An extra £175,000 residence nil-rate band covers those leaving a primary home to children or grandchildren.

Surviving spouses inherit their partner’s allowance, so a couple can generally pass on £1million free of inheritance tax.